O.R.S. Hydration Guide - How to hydrate for cycling, running and swimming events 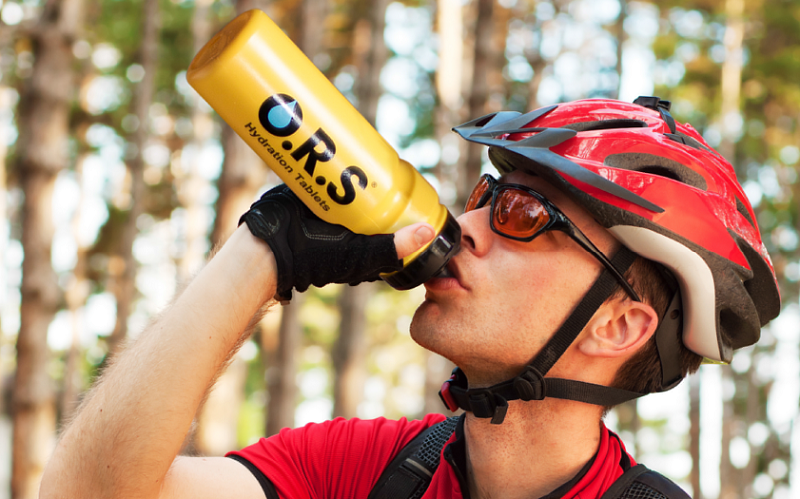 What is proper hydration?

The human body is made up of 60 percent water, so it's no surprise that hydration plays an important role in sports performance. A 2-3 percent reduction in body mass via water loss has a significant impact on your concentration and muscle power, and can result in serious complications.

Maintaining the correct fluid balance sounds easy, as many people think drinking water is enough, but this is not true. When exercising, your body loses water and essential salts through sweat, and if not replaced, this will result in dehydration. As water does not contain electrolytes, your body requires something that can replenish the lost salts and minerals. This is where sports hydration tablets such as O.R.S are great! By adding 1-2 tablets per 500ml of water, you're not only absorbing the water drunk, but you're also replenishing the salts lost through sweat.

How much do I need to drink before the event?

Pre-hydration is an area that is often underestimated. Of course, the actual amount that you drink will vary from individual to individual; and factors such as gender, weight and your diet should all be taken into consideration. However, as a general rule, in the 2 hours leading up to a sports event, you should drink around 500ml of an O.R.S Hydration drink, to ensure your body is optimally hydrated.

How much do I need to drink during the event?

Professional athletes will have a team of specialists monitoring their hydration levels when training and competing; but for everyone else, how can we work out how much we need to drink during a sports event?

O.R.S Hydration Tablets have produced a hydration calculator app, which is available for download free on both Android and Apple devices. The app takes into consideration factors such as the sport being played, the duration, the intensity at which you're working out, the weather, your individual sweat rate, your body weight and urine colour. Using a scientific formula, this app will give you an accurate idea as to how much fluid you need to drink.

Maintaining your fluid intake after an event is just as important; to help you recover quickly and reduce the chance of aching muscles over the following days. However, it's not just essential for muscles, but also for your body's organs. Research has shown that drinking a few glasses of water after a high-intensity workout can slow your heart back down to its normal tempo in less time, which means it won't be forced to work as hard to pump blood through your system, reducing the risk of complications. 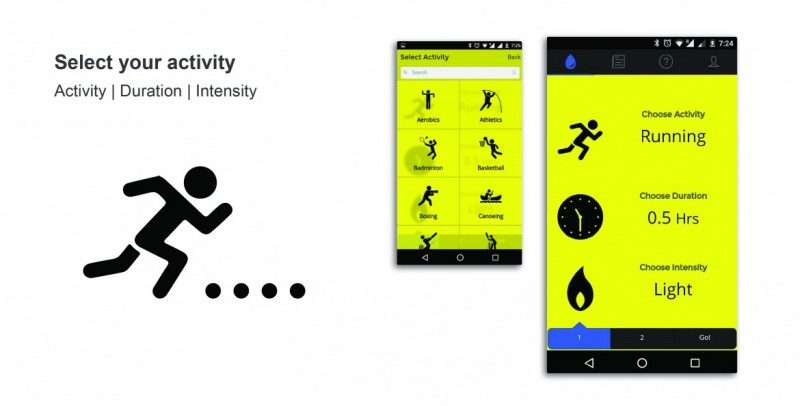 Can you drink too much?

A question that is asked often by athletes is "Can you drink too much?" Although it’s a rare occurrence, drinking too much water can result in complications such as stomach problems and can dilute the amount of sodium within the body. This is another advantage of using an O.R.S Hydration Tablets, as they contain a small amount of sodium, which therefore reduces the chances of complications from 'over-hydration'. The most important thing to remember is listen to your body's feedback – the thirst mechanism is one of the easiest ways to guide you with your hydration requirements.

Should I just drink water?

Although drinking water is of course very important, it does not contain the electrolytes and sodium that are lost through sweat when exercising. By adding a hydration tablet such as O.R.S into the water, you are ensuring you get the right balance of water and electrolytes that your body requires. The extra sodium also increases the amount of water absorbed in the gut, meaning that you rehydrate more efficiently after drinking O.R.S solution.

How to achieve proper hydration with O.R.S

O.R.S Hydration Tablets are a scientifically balanced formula of glucose, electrolytes and minerals, which when added to water help maintain optimal hydration. They're great for athletes – both professional and amateur and come in 3 great tasting flavours – lemon, blackcurrant and strawberry; all of which make a very refreshing drink. They're conveniently packaged into 24 or 12 tablet tubes, making them portable for those wanting to use them for sport and easy to use – just drop 1-2 tablets into your bottle/glass of water and allow to dissolve.

Unlike many sports drinks, they are non-carbonated, low in sugar and calories, and suitable for all diets (vegetarian, vegan, Halal).

Hydrating yourself using O.R.S Hydration Tablets has shown to have significant advantages when exercising. By staying hydrated, your core body temperature and heart rate are both regulated more efficiently, which ensures you don't suffer from serious complications. Your muscles are put to test when exercising and studies have shown that by using O.R.S Hydration Tablets, the incidence of cramp, muscle fatigue and joint pain is greatly reduced. However, the benefits extend past physical, as O.R.S Hydration Tablets also have a big impact on your mental function by reducing fatigue, increasing concentration and improving the speed at which messages are sent from the brain to the muscles. This results in better performance for longer. 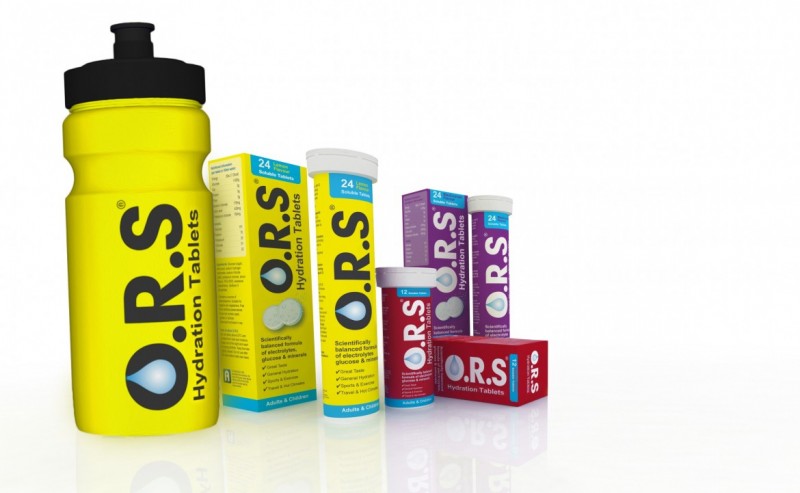 Brad Barritt, Saracens Rugby Union player: "It's a new product at Saracens and you can see from the performances this season that it's had a hugely positive effect on the team and the squad. Being health conscious individuals, we know you have to make sure everything you put in your body is only what the body needs, and that O.R.S is pivotal to performance."