The easy guide to buying a commuter bike 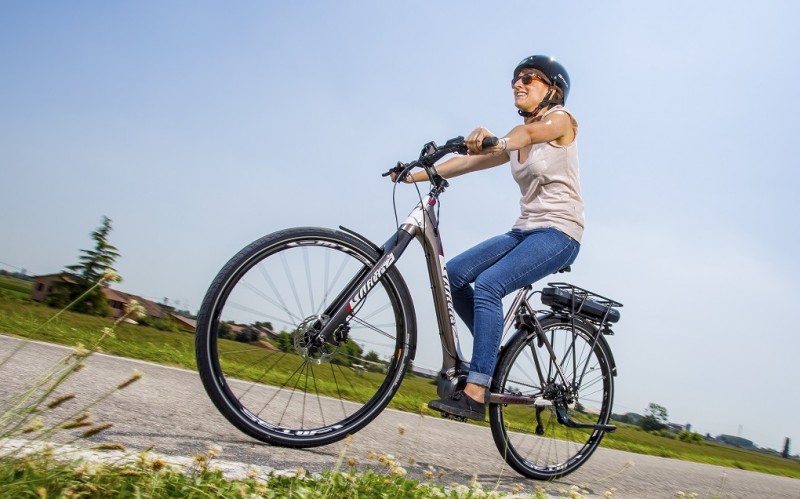 With so many different styles of commuter bike on the market, getting the right type for your needs can stump even the most enlightened buyer.

In reality, the choice is simple – all you need to do is match the requirements of your journey and riding style with a bike that falls within your budget.

Why shouldn’t I use a mountain or road bike to commute?

High-end mountain or road bikes are finely tuned machines built to perform at the on the edge mechanical capability. Road bikes are geared for speed and made from super light-weight materials, with aerodynamic advantage keeping frames thin and tight. The riding position is often aggressive, designed for the rider’s application of maximum power.

High spec mountain bikes, on the other hand, are robust and built to handle big impacts, with complex gearing for imposing inclines, along with design elements like drop posts and super-aggressive geometries that provide little advantage in the city.

Many road and mountain bikes also lack the facility for commuting-friendly add-ons, such as mudguards and pannier racks, or baskets for your laptop.

They are precision-engineered machines, and while they’ll certainly get you from A to B, it’ll be a bit like using an exhaust-popping, over-engineered rally car for nipping to the shops; it’ll work, but it’s not really the right tool.

Here’s a breakdown of the different bikes commonly used for commuting:

Hybrid bikes are so-called because they have incorporated the speed and lightness of road bikes with the comfortable seating position, handlebars, and often the front suspension systems of mountain bikes. This cycling griffin is ideal for extended or mixed-terrain commutes, with the ability to handle roads, fields or trails, and is equally relaxed on big climbs or open straights.

Hybrid bikes often come with triple chain set drive trains, giving you a wide gearing range that will allow cyclists of all abilities to tackle even steep climbs.

Although not strictly a commuter bike, gravel bikes - or cyclocross bikes - have become popular as the steed of choice for many commuters. Initially conceived to be thrown around off-road cyclocross stages, their rugged design and ability to handle a huge variety of surfaces make them adept for any commute. Nimble, fast, and tough, a gravel bike is an excellent choice for those facing challenging terrain on their journey to and from the city.

Another bike not really designed for the commute but proving popular anyway, the single-speed bike – AKA ‘fixie’ - is an increasingly common sight in cities. With their simplified drive trains needing little to no maintenance, these bikes suit those looking for a hassle-free ride. Their simplified approach has allowed designers to put together pared-back, stylish bikes that appeal to the fashion-forward. They can be difficult to get used to, however, with a fixed rear hub removing the ability to coast – stop pedalling and the rear wheel stops. Some models offer a dual-sided (known as a flip/flop) rear hub, allowing you to switch the wheel around for a freewheeling cog, if that’s your preference.

Some single-speed bikes are designed to be used inside a velodrome at high speeds. These super-light bikes have delicate construction and super-stiff frames and definitely not commuter-friendly.

A throw-back approach to gearing styles of old, three-speed bikes have all their gearing mechanisms hosted inside the rear hub. This cuts back on maintenance and removes the external rear derailleur, so damaging your gears on a kerb is no longer something you need to worry about. The set-up offers you one gear for climbing hills, one for general use, and one for speed or downhill riding. Although it lacks the versatility of a fully-geared bike, it’s gearing can get you out of a tight spot if required.

The e-bike has exploded in popularity in recent years, allowing commuters to surge into the cities without breaking a sweat. These rider-assisting machines provide battery power in addition to your own cycling chops to get you to your destination faster or tackle climbs that had formerly made your morning commute a nightmare.

E-bike motors can be attached to many different style of bike frame, from mountain bikes to comfort bikes.

While lacking the iconic geometry of the classic bike, folding bikes have nevertheless established themselves as a worthy member of the bike family due to their stubborn reliability and portability.

Especially useful for commuters taking public transport for part of their commute, or without a bike parking facility at work, these collapsible cycles offer single speed or full gearing systems and surprisingly decent performance.

Comfort bikes feature a unique geometry that allows you to put your feet flat on the ground when stopped, yet fully extend your leg while pedalling for maximum comfort. Perfect for weekend rolling, or short journeys around the local village, comfort bikes are fun and easy to ride.

Which bike should I go for?

Look at some of the latest commuter bikes at Wiggle. Most commuter bikes – except premium e-bikes - are priced under £1,000, with some available for much less. See below to find the right bike for you. 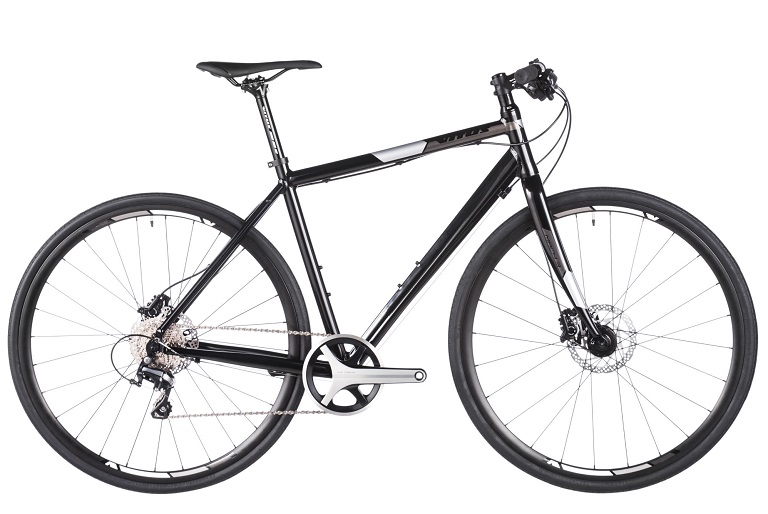 Featuring a Shimano Metrea groupset and quality Shimano MT500 hydraulic brakes, this is one of the best urban bikes on the market. 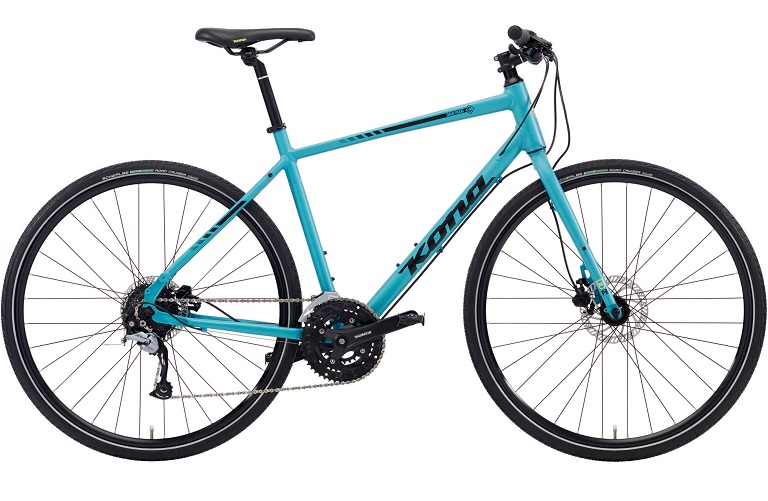 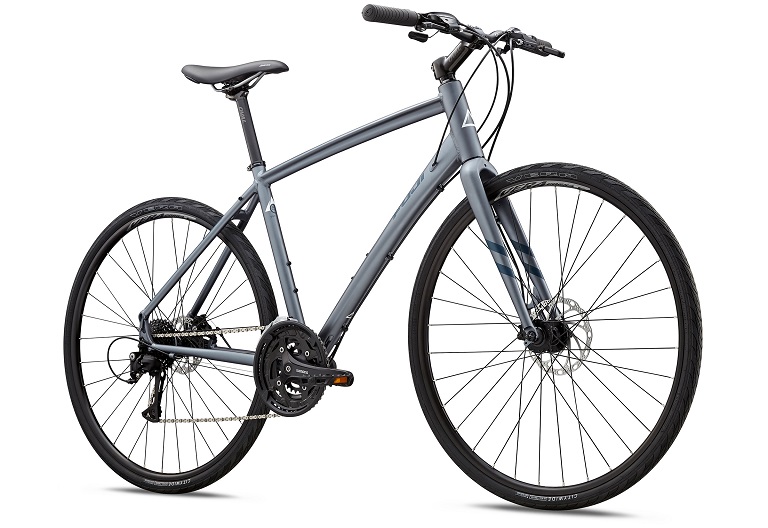 The Fuji Absolute 1.7 City Bike is a fast, stylish, responsive and efficient city bike that features a sports bike geometry. It is perfect for a daily commute, or weekend rides in the countryside.

Best city bikes for under £500 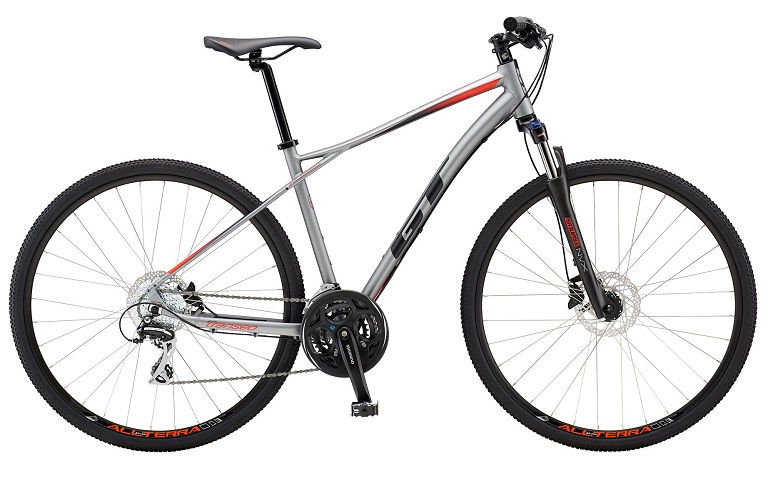 Featuring SR Suntour NVX-DS HLO 75mm travel, pre-load adjust, hydraulic lockout, disc specific front forks with fender mounts, with a Shimano drive train and rapid fire shifters, this is an incredibly well spec'd out machine that can handle anything your commute throws at it.

Best city bikes for under £300 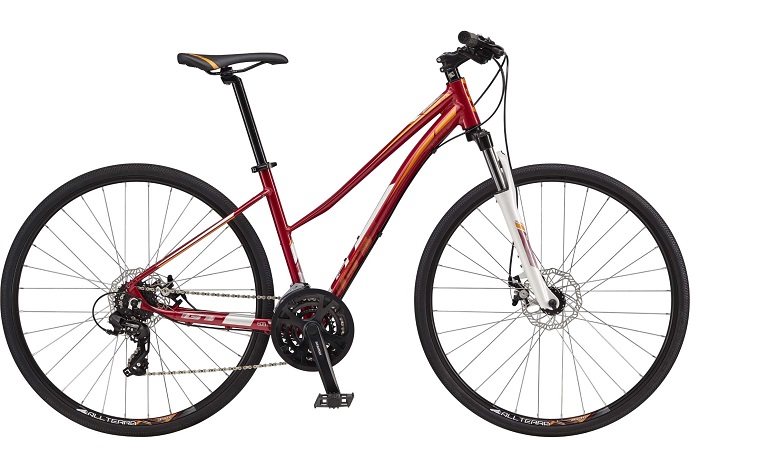 With its lightweight Hyrdoformed alloy frame, 65mm suspension fork, and Shimano Tourney 3X7 drive train, the Transeo has all the bases covered for the city dweller. 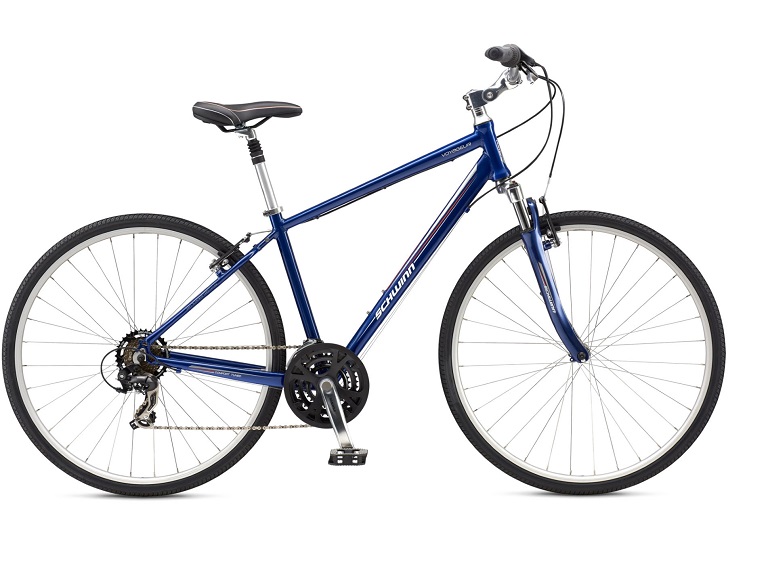 It's step-thru aluminium frame is city-tuned for manoeuvrability among urban twists and turns. The Shimano 21-speed Tourney drivetrain, meanwhile, is the perfect combination of performance and durability, ensuring reliable shifting whatever the conditions.

Best single and three-speed bikes for under £1,000 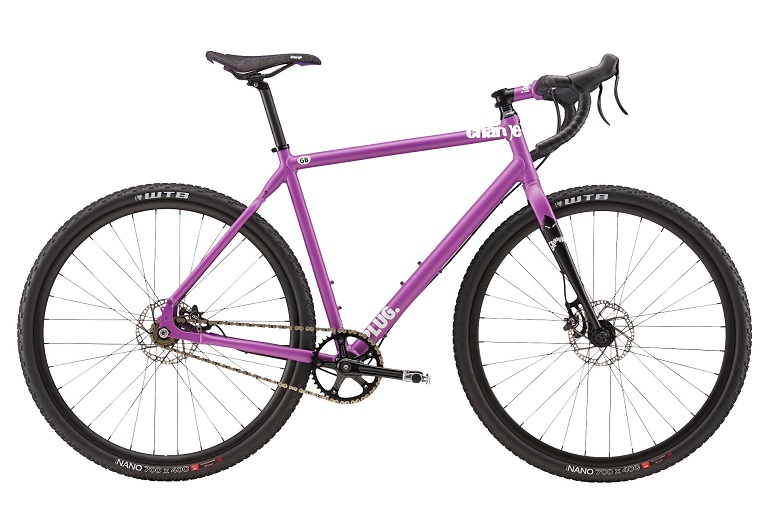 Best single and three-speed bikes for under £500 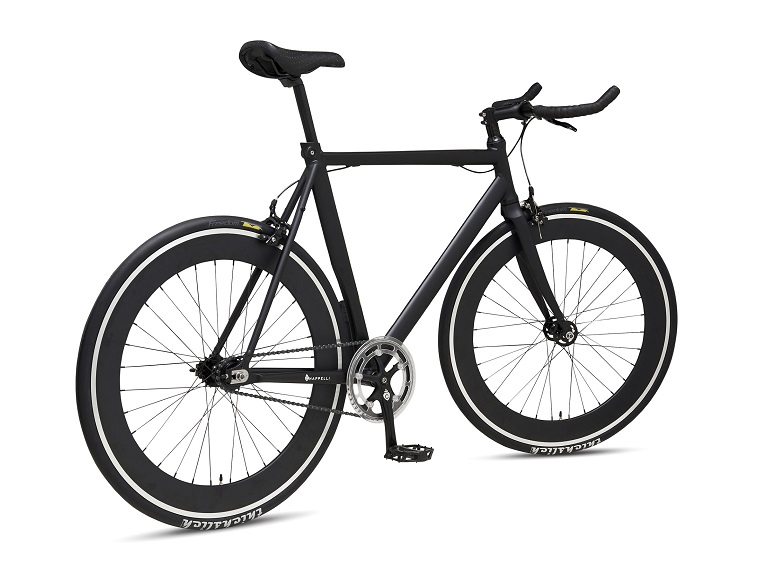 With deep-section wheels, an aluminium frameset, and bull horn bars, the El Toro Single Speed Bike offers a punchy ride through the city. 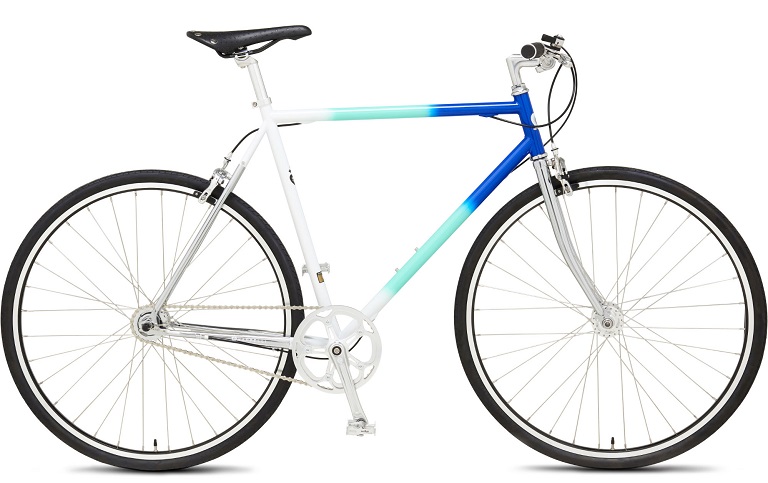 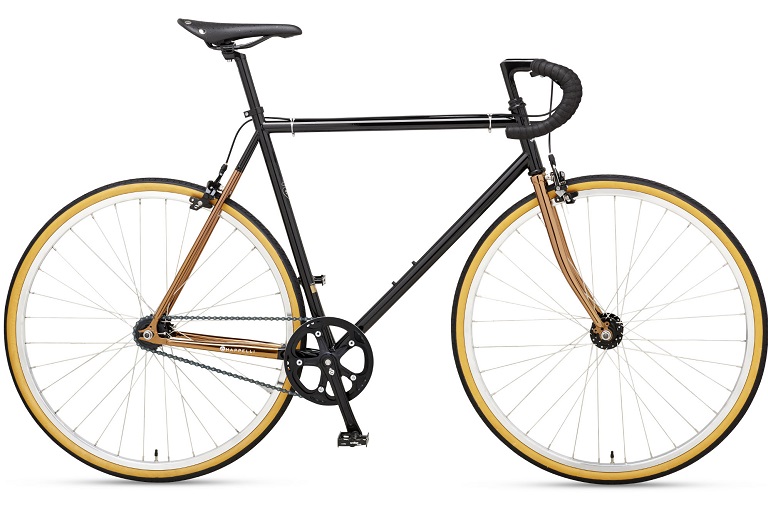 Best single and three-speed bikes for under £300 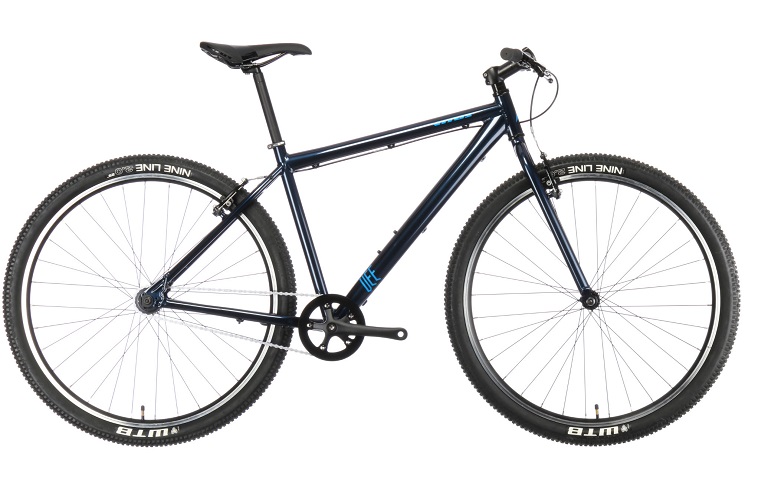 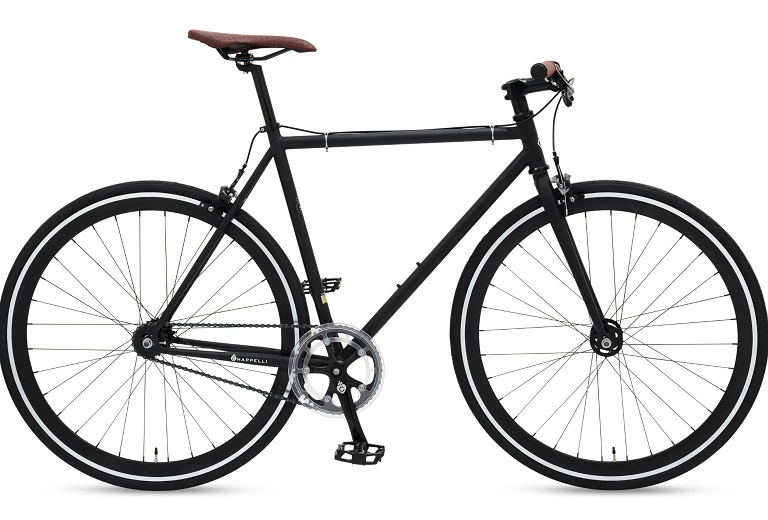 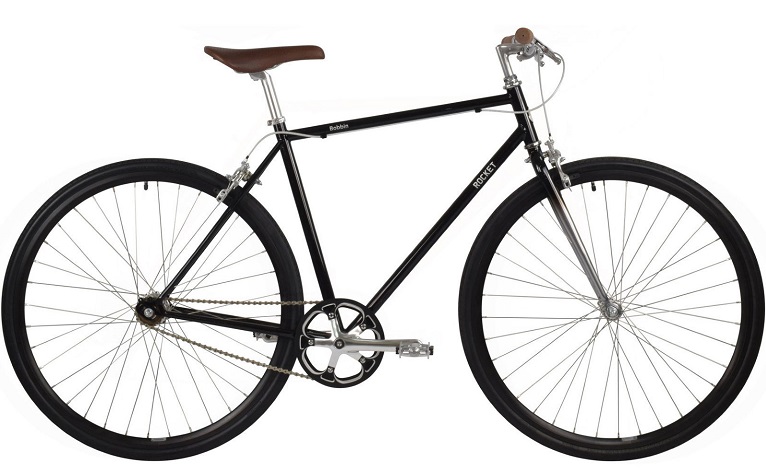 Pared down, simple, and a lot of fun, the Rocket has signature metallic ombre fade paint on the forks, and comes with a slim steel frame and strong double-wall wheels. 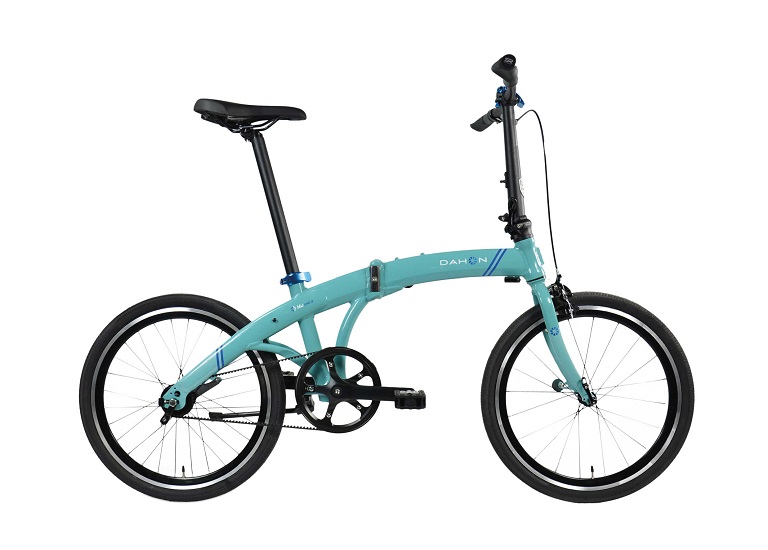 This single-speed, belt drive folding bike from Dahon is an all-rounder that is reliable for everyday errands or a quick work commute. 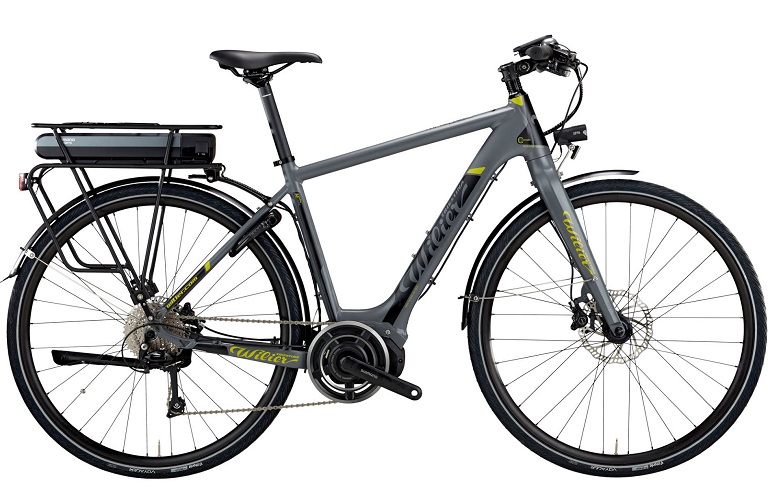 The Magneto Bike combines the performance of a Wilier road bike with Shimano's reliable Steps electric drivetrain. This comfortable city E-Bike is perfect for your daily commute in all conditions and for exploring country lanes. 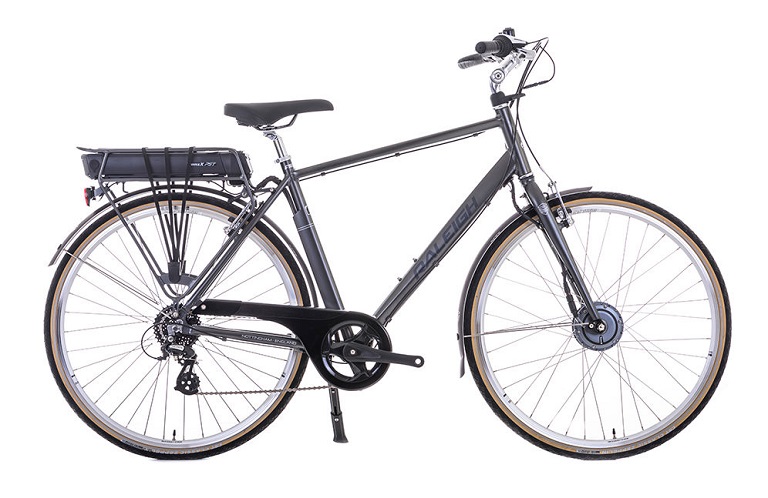 The Aluminium frame has been designed to be lightweight and feature a comfortable upright riding position with relaxed frame geometry. Equipped with a front hub motor, this fully equipped bicycle features a kickstand, colour matched mudguards and rear pannier rack to make this the perfect commute vehicle. 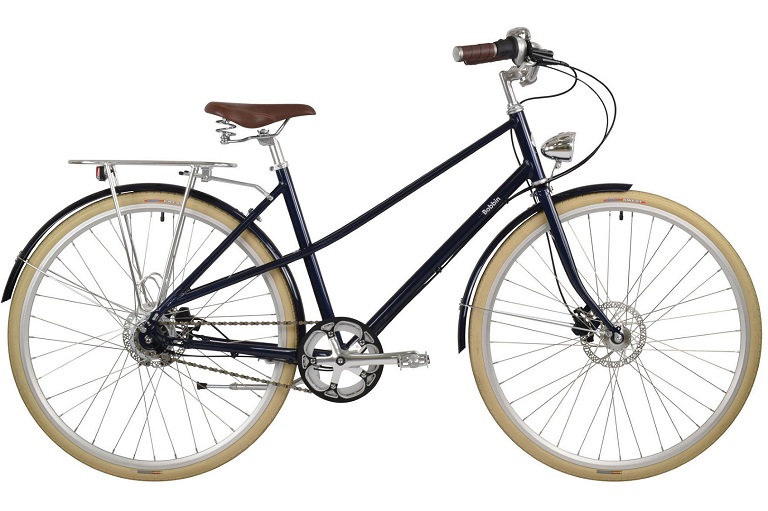 Buzzing round town and country lanes, Hummingbird is a smooth blend of crisp commute-friendly components and dreamy Gallic style.