A beginner's guide to track cycling 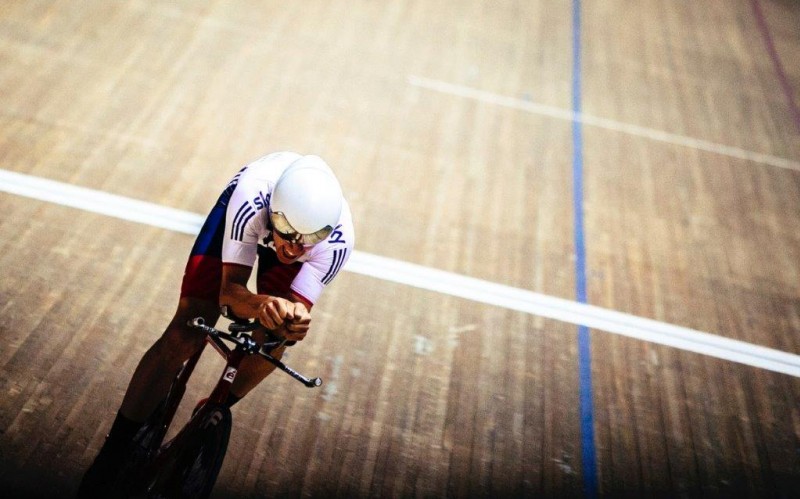 If you've enjoyed the thrill of velodrome racing from the sofa but you're not sure if it's for you, or even how to get started with track cycling, check out our beginner's guide to riding on the velodrome.

The benefits of track cycling

There's a lot more to track cycling than simply riding round and round an oval. Group coaching sessions, drills and racing can give you a varied workout that can help you to improve your bike skills on the roads or trails. Here's why we think you'll love it. 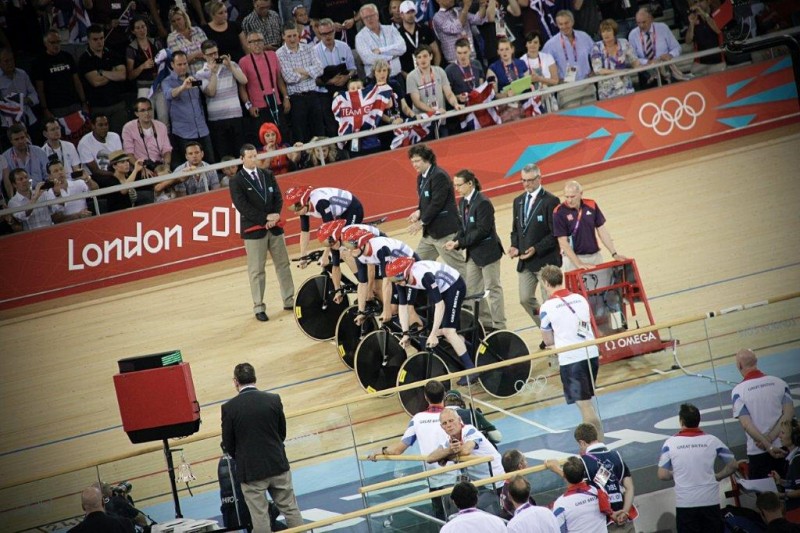 What do I need to start track cycling?

The good news is that it's unlikely that you'll need to buy anything new to start with. If you're a regular cyclist, you can just wear the kit that you're comfortable with on the road. Don't forget your helmet and gloves as you won't be allowed to ride without them.

It's worth considering eye protection, even if you're indoors or riding outdoors at night, to keep dust and dirt out as you'll probably be riding faster than you normally would on the road.

Modern indoor velodromes are temperature-controlled to preserve the track which is why you would have entered through an air-lock system if you have ever been to spectate. It's likely that you'll be fine in your usual jersey and shorts, but it's worth noting that older indoor tracks like the one at Calshot in Hampshire can be more variable so ask around if you're not sure what to expect.

Most velodromes will only allow track bikes to be ridden, but if you don't have one it's normally possible to hire one, as well as shoes if you don't use the same pedal system yourself, so there's no need to spend lots of money immediately. 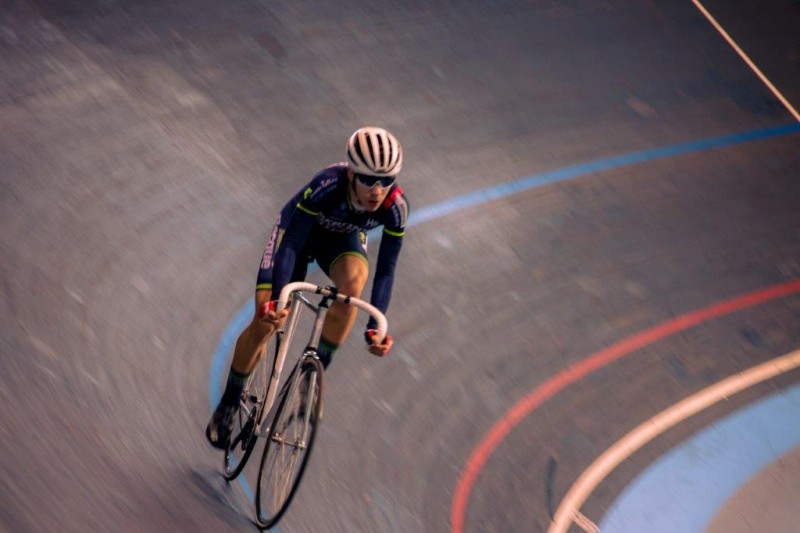 What's the difference between a road bike and a track bike?

Aside from a stiffer frame and more racey geometry, you'll notice that track bikes differ from road bikes in three key areas:

At the top-end of the sport, national cycling federations can spend tens of thousands of pounds to get the most aerodynamic setup that will help propel their star riders to the top of the podium. However, at the amateur level, it's possible to pick up a decent track bike for a lot less money than the equivalent road bike because of their relative simplicity.

How can I find my nearest velodrome?

Your nearest velodrome might be closer than you think.

In the UK, we're lucky enough to have no less than 28 cycling tracks. Of these, six are of the indoor type that you would have seen the pros racing on in the biggest competitions like the World Championships, Six Days and Olympics. These are in Calshot, Derby, Glasgow, London, Manchester and Newport.

Outdoor velodromes are more common as they don't need the space or expense associated with being housed in a building. They can be surfaced with wood, although tarmac and concrete are more sensible in the UK as they need to be hard-wearing in all weathers.

Indoor velodromes are surfaced with smooth wood and have steep banking at either end to allow bikes to stay relatively upright as they take the tight bend at speed.

Take a look at our map of velodromes in the UK to see where your nearest one is.

Can I just turn up to the velodrome?

The track cycling community are a friendly and welcoming bunch, but you do need to learn some basic skills before you're let loose on the velodrome. Many tracks offer introductory sessions, but if not it's worth reaching out to a local cycling club as they'll be sure to know the right people to talk to.

It's worth remembering that some velodromes require accreditation before you're allowed to ride without an instructor and this can be venue-specific so, even if you're accredited for one track, you might need to go through the process again somewhere else. 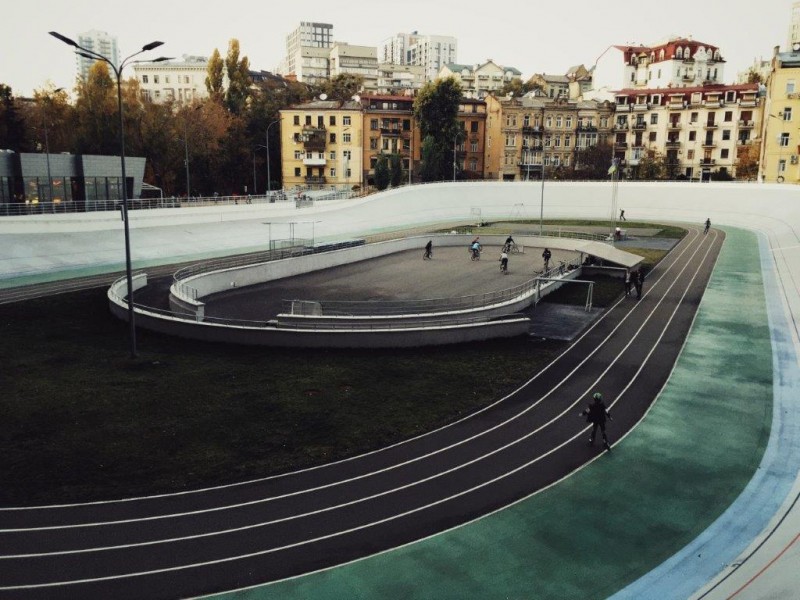 What do the lines mean on the velodrome track?

If you've ever watched track cycling, you would have seen that the track has lines of different colours painted at specific positions and each of these has a meaning.

What are the different track cycling races?

Track cycling has a rich history and many different types of track races have come in and out of fashion over the years. If you go to watch the racing at an overseas velodrome, you might be surprised to witness events that you have never even heard of.

With long-distance endurance events and more punchy sprint races, track cycling has something to suit all kinds of athletes. Here are some of the races that you'll see at most major events like the World Championships and Olympics:

Two teams of four riders each ride 16 laps or 4,000m. The teams start at opposite sides of the track and there are two ways to win - either catch the team in front of you or complete the distance in the fastest time. The time is taken on the third rider to cross the finish line if no catch is made. You'll see that the four riders take turns to ride at the front, pushing the pace before falling back to recover in the slipstream.

In the men's race, teams of three riders race over three laps. For the women, it's two over two laps. Each rider takes the front for a lap before peeling off for the next rider to take over. The finishing time is taken when the final rider finishes.

A real test of endurance, this event has had many iterations over the years and has included as many as six races, although the current form is officially four:

With roots in Japan, the Keirin sees riders follow a derny (pacing motorcycle) which increasingly gathers speed over three laps, before it pulls off leaving the riders to battle it out over the remaining three laps.

A true test of strength, the sprint sees two riders pitched against each other in a battle over three laps of the track. The opponents start side-by-side and try to manoever each other into a disadvantageous position which sometimes means riders will stop dead on the banking as they try to psyche each other out, before letting rip with an explosive show of speed in the last few hundred meters.

A mass-start event where teams of two race over 200 laps. Only one rider in each team is 'racing' at any one time, whilst the other recovers at the top of the track. To tag their team-mate in, the 'live' rider must grab their hand and 'sling' them into the action so they keep as much speed as possible. The addition of points every ten laps or for lapping the field makes this a thrilling, albeit sometimes confusing race to watch.

Get more great content, useful tips and inspiring stories, plus all our latest product releases straight to your email inbox.

Man on track - Photo by Jo Coenen on Unsplash